Not only an excellent video of the ’88 edition of the ‘Queens of the Classics’, but also check out Liggett in his flasher-mac. Epic opener!

Still one of my all time favourite songs, first discovered on Rapha’s Giro LP. When the sun is shining I cant help but smile when I hear this, be it on the bike or cooking up a storm in my kitchen. Summer – sulla strada! 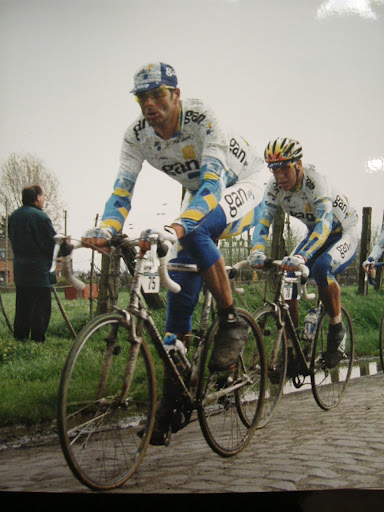 Anyone remember these? I seriously lusted after this bike as a kid, I used to visit a pals house and always hog it, he had the black “blackcat” version. So tough! Forget all your new-fangled carbon lightweight weenie road machines, back in the day all this little mini bianchista wanted was the ability to tune into some crummy radio station and fire off some sirens whilst riding along about 3 miles per hour down the road. 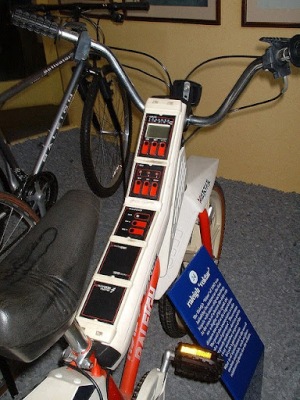 London’s cycling film aficionados return to Riverside Studios for a tribute to 80-year-old Brian Robinson. A British and European cycling legend, he was one of the first English speakers to try their luck in the heartland of cycle racing in continental Europe, and the first to make a major impact in the results. He was the first Englishman to finish the Tour de France and the first to win a stage. This was in 1958 and was followed with a stunning 20-minute winning margin the following year on Stage 20, cementing his reputation as a tough yet friendly racing cyclist, popular with his fellow professionals. Brian was also the first Englishman to win a continental professional stage race – the Dauphiné-Libéré in 1961. Extracts from his biography, ‘Brian Robinson: Pioneer’ will be read by its author, top cycling writer Graeme Fife. There will be extracts from a previously unseen film about Robinson by Ray Pascoe, as well as footage of him in the 1953 Tour of Britain. Also, archive film from Herne Hill and a profile of 1937 Tour de France winner, Roger Lapébie.
Films screening this afternoon include: Brian Robinson: A Gentleman Cyclist (Ray Pascoe, UK, 2010, 40m); A Wheel in Britain: 1953 Tour of Britain (UK, 26m) and Keep Going Lapébie! (Nicolas Philbert, UK, 1988, 30m).
The screenings will take place at 1:45pm on Sunday 30th January, tickets £8.50 and can be booked here