Below is my entry into Raphas Jersey Pocket project. Kind of like the Everday Carry/Burning House blogs, but… cycling related! Be sure to upload your entry onto their facebook page for a chance to win some sweet little treats. 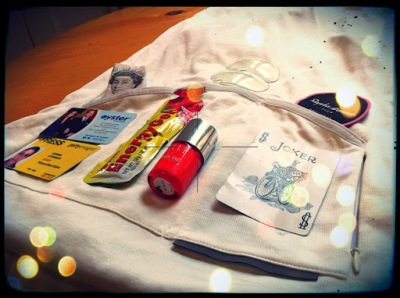 Ride:
Solo 70k out to Bushey/Stanmore then home to Castelnau.
Jersey:
Womens cream longsleeve
Contents:
* Spare clear Jawbone lenses for changeable conditions
* £5 coffee stop kitty
* Commemorative royal wedding oyster travelcard. In case of emergency il be basking in levels of untold patriotism as I shamefully take public transport
* Getty Press Card, should I find myself ensconced in (another) riot
* One solitary manky tasting gel, quickly substituted for a Cadburys Crunchie upon arrival at corner shop in Harrow
* Rapha Condor Club RR patch
* Nail polish for the cafe stop (girl has to multitask)
* Joker ‘bike’ card, found on the floor & given to me by a dear colleague on a trip to the township of Soweto in South Africa in 2010.

The guys over at the excellent Rouleur journal found a handful of their hallowed out-of-press Issue one somewhere deep within their vaults. This much sought after edition commands lucrative figures on auction sites for the discerning collector. Rouleur are auctioning off the last 5 remaining copies of this amazing magazine in aid of the John Ibbotson Fund, helping to raise funds in the memory of John Ibbotson to help fund aspiring young talent to race in Europe. A wonderful and worthwhile cause I’m sure readers will agree, simply send a bid to ibbofund@rouleur.cc , and the five highest bidders will receive notification and payment instructions once the auction ends on 21st March 2011. So get bidding – support young racers and acquire a small yet neatly formed piece of cycling history. Good Luck! 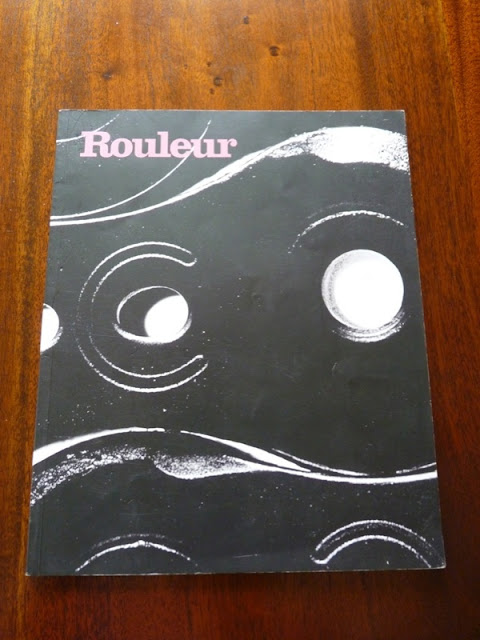 The first issue of Rouleur, published in May of 2006, includes 68 pages with features on the much-debated issue of Campagnolo or Shimano, the fixed-gear bicycle and the Dauphine Liberee, and an interview with legendary rouleur, Magnus Backstedt. The photographs in this issue were taken by Gerard Brown and Ben Ingham.
Full list of contents:

Rapha are holding an excellent competition to win one of their amazing ‘Deep Winter Training’ bundle. All you have to do is get out and ride your steed over the festive period, with a view to clocking up 500km (or 311 miles for those of that persuasion). The timeframe to nail these long winter miles is anytime between the 23rd to 31st December.  Whilst this may seem a mammoth ask, its worth bearing in mind Rapha’s uber endurance go-to man Graeme Raeburn managed to clock up double this distance in the festive week last year!
Rapha re looking for visual representation of your tales on the road, accepting things like garmin files, photographs, illustrations and any other visual treat you can think of to document your travels. The idea being you log your epic challenge in whatever way you fancy, and then either provide links in this comment page ,or either hit them up on their facebook or twitter account. Im going to give it a blast although il be stuck with only a mountain bike from 23-28th, so hitting 500km might be a little touch, but maybe if I can pop out a couple of centuries post 28th I could manage it! Im looking forward to seeing the results of this….